Showing posts from August, 2020
Show all

- August 26, 2020
By Ashlin Awerkamp There was fire. He felt it in his core. A flicker of a flame. Sitting on the stone floor with his legs crossed, Plume could hear Master Tadon breathing the rhythm of the fire within him. Light. Ebb. Burn. Fade. “Good,” said Master Tadon. “Hold steady.” Plume closed his eyes and held the spark contained in his stomach. One minute passed. Two. The tapping of Master Tadon’s feet reverberated off the stone walls of the cave before receding back to a silence broken only by the drip, drip of water trickling down one wall. Plume still didn’t know where the black-magic dealer went during each lesson, leaving him to meditate alone. He sat, breathing the flame. Light. Ebb. Burn. Fade. Five more minutes passed. Or had it been twenty? Surely he’d been sitting at least an hour. He was tired of the lessons always dragging on like this. The dankness of the floor was seeping through his clothes and penetrating his skin. A chill flickered up his spine, and he shivered. He was ready f
Post a Comment
Read more

- August 19, 2020
By Alizabeth Worley As a teenager, I spent hours sitting on the rickety porch behind my dad’s house, watching hummingbirds fly around the feeder. My dad and I were talking about hummingbirds last week, and how rare it is to see the actual tongue of the hummingbird stick out an inch past its beak, even for those who are accustomed to sitting for hours on that rickety backyard porch. It had been a hard week, and talking to my dad about the hummingbird feeder brought me a kind of soft calm. I can’t say why these sitting spells were meaningful to me seven years ago, or why it meant so much to talk with my dad about bird watching last week, but such things stay in my mind. Most meaningful experiences of my life have functioned this way, through an accumulation of mild minutes. Even marriage and motherhood have taken hold in me over a course of barely discernible increments, through the shared tasks of brushing teeth and pulling on socks or the pleasure of sitting on
Post a Comment
Read more 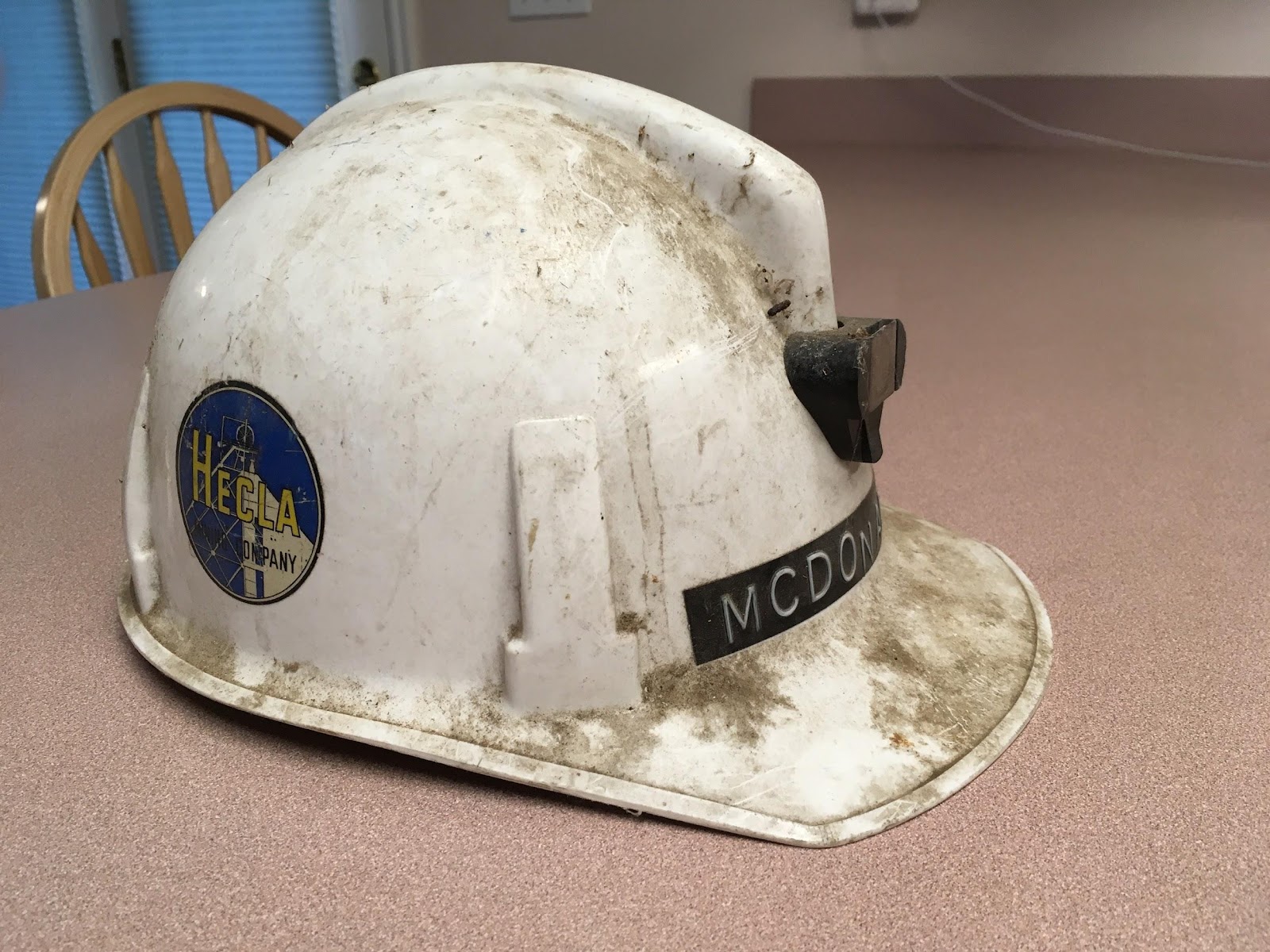 By Kelly McDonald What necessity caused man, whose head points to the stars, to stoop below, burying him in mines, and plunging him in the very bowels of innermost earth. Seneca, Naturales Quaestiones My old pocket watch showed 4:00 p.m. A whistle blew, signaling the pending train departure, and we clambered into the small passenger cars trailing like a carnival ride behind the little engine at the head of the line. Many voices murmured as mine workers, old and young, found their seats and waited for the underground swing-shift to begin.  It was the fall of 1970 when I began my higher education at Brigham Young University. I needed to support myself, so I worked on weekends in the Mayflower Mine, north of Heber City, Utah. I worked at the mine, rather than a student job, because its labor-wage was several times higher than on-campus work. I left my dorm early Friday afternoon, drove 40 minutes up Provo Canyon to the mine, changed into my mining attire, and waited for the 4:00 p.m. s
Post a Comment
Read more

- August 05, 2020
By Elizabeth Smith life noun \ ˈlīf \ plural lives \ ˈlīvz \ Definition of life 1 a : a raccoon gives birth to three kits in our dilapidated shed b : a Rudy Gobert–sized sunflower showers its seeds c : my tender newborn lies with me in bed 2 a : a crow gorges itself on the flying carpenter ants on our driveway b : a sapling reaches its hungry roots into a fallen, decaying ancestor c : “Meat,” says my pink-cheeked nephew as he points to a bison 3 : the inspiration for my brother’s stuffed sketchpads 4 : a cereal my other brother loves 5 a : a word I whisper before I ask my neighbor if I may please use his landline because I locked myself out b : and as my husband and I sit before our budget c : and after we taste the first, delicate bite of our homemade chicken tagine d : and when I see our car tire drooping onto the asphalt e : and as we stand before a long dirt trail lined by a canopy of pines and tangled bushes 6 a : my daughter squeals, so I hand her a chickpea b : a nearby wasp se
1 comment
Read more
More posts