The Life of a Cottage 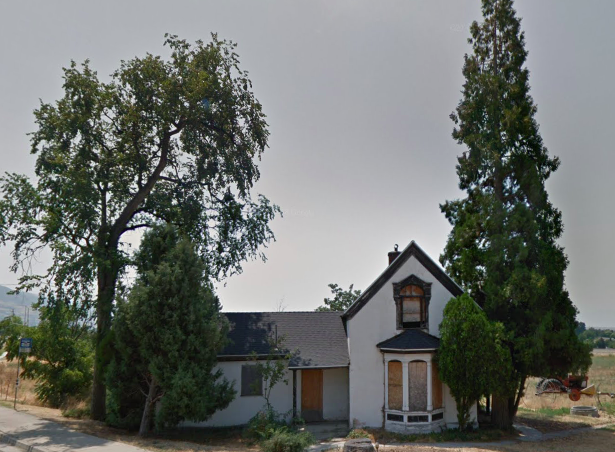 : Alley Rose
Alley digs in his new twenty-acre property. One day there will be a fine farm in the field and a shed for his carpentry work. The oak tree near the road will be a place where weary and their horses will stop in the shade for a drink before riding north to Ogden or south to Salt Lake City. There will be an exquisite adobe cottage for his wife, Alvira, and their twelve children, where they will enjoy reading literature and making music when they are not attending to the many duties of frontier life. But Alley must make bricks before any of that will happen. He digs the dry Utah dirt, gathers straw, and brings water. His oldest sons stamp the mixture with their bare feet, and Alley shovels the mud into . He leaves the rectangles to dry in the hot sun.


: Elaine Manning
Elaine stares at the flames. Her parents and siblings are nearby and in panic, but Elaine is only four. What is there for a young girl to think or do when her home is on fire? A kind wraps Elaine in a blanket and tries to comfort her. The Manning family has lost everything. But the old Rose Cottage is vacant and still in good condition. William Potter, a rancher who lives across the street from the empty house, recently bought the property and is willing to rent it. Grateful, Elaine’s family stays in the tan two-story house with unique windows as they rebuild their life.


: John Potter
It is the Great Depression, and William Potter’s son John is young and in love. John and his sweetheart, Maisey, need a place to start their journey together. Shortly after their marriage, William gives his son the property which the family has established as a cattle ranch. On the day John and Maisey move into the cottage, a cow greets them—from the bedroom closet. As John coaxes her out of the house, the cow knocks out the closet wall.


: Hannah Hall
A young, dark-haired woman parks her car near the house she has recently purchased. The adobe home that once housed pioneers, a family desperately in need, and a rancher who raised Hereford cattle is now coated in white stucco. Hannah unlocks the front door and enters. Thanks to John and Maisey Potter, the house now has running water, electricity, and an indoor bathroom. But the place has been vacant since the Potters sold it over twenty years ago. The rooms are bare, and the windows are boarded up. Hannah has a lot to do to realize her dream, a dream which began when she shaped icing into flowers for the first time as a teenager, a dream she prepared for when she earned her bachelor’s degree in baking and pastry arts from Johnson and Wales University, a dream she held onto when she interned at Grand America Hotel and the San Francisco Baking Company. In this cottage so full of history, Hannah will run her very own state-of-the-art bakery: the Buttered Bakeshop.
This article was previously published in the Farmington, Utah, city newsletter.
Labels: Elizabeth Smith Nonfiction

ckk said…
I like the movement across time. Very effective story telling mechanism. The description of the personalities of the occupants is charming , interesting and concise.
July 22, 2021 at 6:56 PM