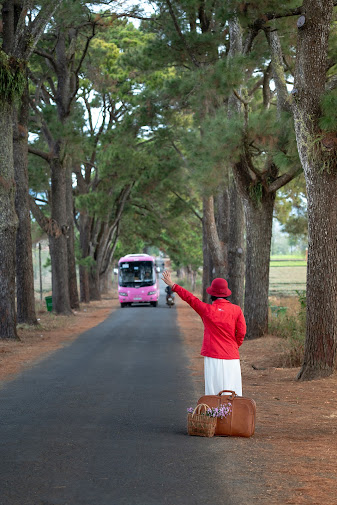 “Tu toca.” She said. Your turn. Wait, MY turn?!
I’m sure I looked like she had just told me we were having pig’s feet for dinner. Again. You’ve gotta be kidding me. I couldn’t be entirely sure that was what she said, anyway. My Spanish was about a month old, and at that point, translation was more of a game of intuition and body language.
But her body language was pretty clear, unfortunately. She was basically screaming “Get up there!” with the shooing of her arms. I’d have to literally turn my head 90 degrees in order to pretend like I couldn’t see her.
I looked over my carefully worded script. She had written it for me in blocky letters on the small notepad I carried; our backpacks were full of heavy books and notebooks. I would return home in approximately 1 year and 4 months, and see the sleek iPads that American missionaries carried, with their new cars and pristine shoes, I was torn between envy and pride—I had suffered for this in a way that they couldn’t have in their cushy missions.
My companion was actually scooting me off the dirty felt seat. We were at the front of the bus, so I grabbed onto one of the metal poles next to the driver’s seat to steady myself. The buses in Mexico were jam-packed. All seats were taken, and some had been taken multiple times. Most of the passengers stood in the aisles, their torsos hovering precisely 3 inches away from their seated companion’s face. It could get rather awkward whenever the driver went over bumps and potholes, or made jerky fast turns, which couldn’t really be avoided on the cracked streets.
I looked down at my script. The bus route had just started, but it felt like I had been standing there for hours. I took a deep breath and blasted the message from the depths of my lungs, knowing my American accent had probably turned accurate Spanish into a load of gibberish. Heads whipped in my direction, and I couldn’t look too long into anyone’s eyes.
I wanted to sit down immediately, cheeks burning with embarrassment, but the job wasn’t over. My companion gave me a thumbs up and a whispered “Good hob” while handing me a thick stack of pass-along cards. We walked down the crowded aisle, squeezing around disgruntled locals, and drilling everyone we passed with an “¿Está interesada?” Are you interested? I hoped they would fill in the blanks that I didn’t know how to fill; have some mercy on this poor, awkward girl trying to communicate. What I really meant was, “Are you interested in our message, or in being contacted by us?” Yet I could tell, even in my semi-coherent state, that most people were just answering enough to be rid of us. They would say ‘yes,’ nodding their heads and smiling with bright eyes, and then fumble when we asked them for their address, though perhaps they weren’t trying entirely to be misleading. In Mexico, especially rural areas, streets were unnamed, and addresses consisted of a paragraph of directions I could hardly understand. “You’ll see a small store. It’s not there. Keep going until you’ve passed a house with a dog and then turn left. The house is orange, with a blue door and a gate.” They might also just be creeped out from having two strangers ask where they live.
Either way, my companion and I returned to our seats with our missionary planners filled with names and addresses. We had done our best: share the message and let them decide how to receive it. I felt the weight lift off my chest and a sense of relief wash over me. It was strangely empowering, addicting. I turned to my companion and grinned, “Next bus, mine.” Only 1 year and 4 months to go.
Labels: Guest Author Nonfiction
Location: Salt Lake City, UT, USA