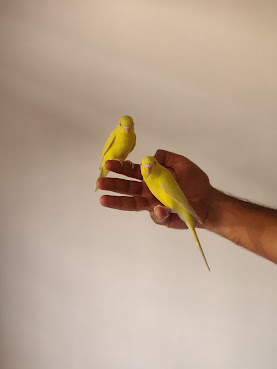 She knew, she just knew there had to be a word for what she was seeing.

She had worked at the pet shop for two years, and in that time, she had changed everything, had overcome everything.

After the dogs came in like square-dancing hurricanes, she moved them to the front window, the snakes to the back. She had removed the shelves in the center of the store to make room for “the pit,” which was simply a place to play with a pet you were thinking of buying. She had survived the Great Summer Cricket Escape, the Horrifying December Feeder-fish Die Off, and two (count them) two cases of Puppygeddon (which is what happens when toddlers get hold of fresh puppy poop in the pit), yet had come out unscathed. She could survive this new challenge. She just needed to think.

The noise was so much louder than she would have expected, had she ever expected to be in this situation. A siren? She asked. That wasn’t the word. She looked through her memory, calling up every collective bird noun she could think of.

A murder of crows.

An exaltation of larks.

A parliament of owls.

A chime of wrens.

She wondered what a kiwi bird sounded like. It was probably quiet, silent even. She closed her eyes and imagined a kiwi bird sitting peacefully under some leaves, pecking softly at bugs in the ground.

A canary flew—smack—into the side of her head.

She opened her eyes and saw again the five-hundred canaries that had been delivered by mistake. When she had opened the box, she was so surprised that she had accidentally let them out. A geyser of canaries?  She still couldn’t remember what to call them.

She grabbed her phone, locked the front door, and went into the break room.