Editor's note: This story is the fifth part of the Classified series. 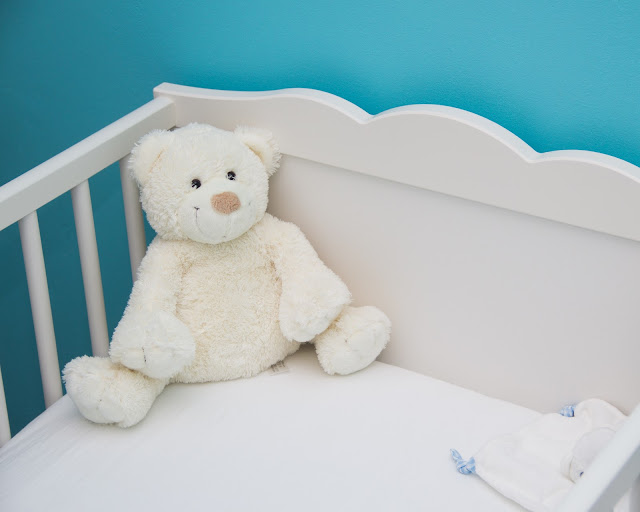 “So which kind of bed are you thinking?” The saleswoman asked.

Jade shifted her weight, her one-year-old son at her hip. “Well, we’ve been sharing up till now. I’m getting married soon, and we need a new set-up.”

The saleswoman led Jade and the baby through rows of beds and nightstands.

“This one should last him his whole childhood,” the clerk said, gesturing to a brown crib. “The front comes off, so it converts to a toddler bed.” She crouched and showed her customer where the guardrails could be installed.

Jade placed her son in the crib.

“Then,” the saleswoman continued, “you can unscrew the back section here if you want to use it as a headboard later.”

Jade nodded and raised her eyebrows. She pulled measuring tape from her purse and slowly walked around each side. The little boy played peek-a-boo in the slats.

“Does it come in white?” Jade asked.

The clerk pushed her glasses up her nose and looked at the tag and serial number. “Yes.”

Jade turned and leaned her back on the crib before comparing the measurements and price with some notes on her phone. She twirled the ring on her hand.

She glanced up at the large, tinted windows at the storefront. A young man was setting up a ladder on the side of the building. Jade’s eyes widened at the sight of his well-worn raincoat, his slender nose, his blackish hair curling out from under his hat.

“Would you like to look at our catalog instead?”

The woman repeated her question.

Jade lifted her son out of the crib, and the saleswoman took them to the checkout.

“That man outside—is he your employee?”

Without taking her eyes off the computer, the clerk answered. “We contract him out for odd jobs. Banners, window washing, now holiday lights.”

The little one squirmed at Jade’s hip. She set him on the carpet and took his hand. “So when did he start?”

“Over the summer, I guess.” The clerk scratched her neck and looked at her customer from over the top of her glasses. “Honey, the crib should come by the fifteenth. I’ll give you a call when it’s in.”

Jade smiled and turned for the door. Before leaving, she zipped up her son’s coat.

“Follow me, Lief,” she said as she led him along the sidewalk instead of heading toward the parking lot.

The man was on the ladder now as he unraveled the wires and lights. Jade approached him.

Danny glanced down at the two below, hesitated, and then descended.

“You said you were unemployed.”

Danny looked at Jade. At the sight of his deep brown eyes, Jade felt a flutter inside of her, a flutter that was both pleasing and sickening.

“The lady inside says you’ve been coming here for a while.”

Danny’s lips parted, but he said nothing.

Jade cursed at him and raised her voice. “So you’re a liar now too?”

Lief buried his face into Jade’s pants. She patted his hair.

“I better get your next child support check before Christmas. Or I’ll get a lawyer.”

Jade picked up her son and marched back down the sidewalk.

“Leave me hanging?” Jade whipped her head to face him. “Where were you?” She gestured toward the baby.

She trekked through the parking lot to a black Subaru where Annabel and Brett loaded the trunk with sacks. Before Brett could say anything, Jade plopped Lief in the car seat and then yanked the passenger door shut.

Brett quietly sat in the driver’s side. Jade’s eyes were closed, and her head pressed against the backrest.

Jade looked out the window. Annabel whined, so her father tossed some cracker pouches to the children. As he placed his hand on the ignition, he glanced at his fiancée. Her cheek was wet.

“Um.” Brett began. “The options were really that bad, eh?”

Jade smiled through a sob and shook her head. “Danny was there.”

Brett lowered his hand. He took an old tablet out of his backpack and set it up for the backseat. His mind poked and prodded him to say something—something that would soothe Jade from her distress. The car sat in the parking lot.

“Turns out he’s self-employed. I guess that’s how he’s gotten around the child support payments.”

Brett held his breath and looked at her. No words came.

“I knew he was a coward, but that—this.” Jade’s makeup dripped from the corner of her eyes. She dabbed her cheeks with her sleeve, revealing an acne scar. “I can’t…”

She trembled again and found some tissues in the glove compartment.

“You know, you’re not alone anymore.” Brett touched Jade’s arm. “And if you really want more money, we could sign you up for government support.”

“No, you don’t get it.” Jade straightened her posture. “When we found out I was going to have Lief, he told me to abort.” She dabbed her eyes again. “And I want him to pay.”

Marsha Derrick said…
Beautifully written and captivating. I want the story to continue.
December 4, 2022 at 3:54 PM