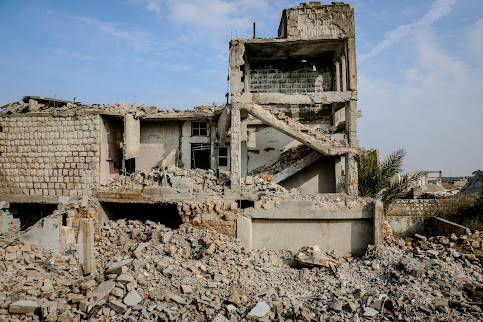 The lady working nearest to me was still bending down to pick the weeds—she hadn’t yet discovered the bum-scoot—or maybe, she wasn’t willing to give off the appearance of ‘sitting on the job’. It was her first day, but my third. She was a lot quieter than the other people I’d worked with, so I wasn’t used to not talking.

She had come to the farm in a van full of young Native boys. Her grandkids, perhaps. They all appeared to be First Nations.

After about twenty minutes of waiting for our eyes to lock, or for her to sneeze, or for me to think of the perfect common ground and how to make it sound natural, I finally blurted out, “So, where you guys from?”

“Duncan,” she responded, calmly. That was easy.

I thought of our family summer road trips to visit my mother’s family in Alberta, Oregon and Utah. All nine of my siblings, packed into a hot van, running into McDonald’s and gas stations to fuel up and pee. All the kids had dark complexions, from our Argentinian father; although we attracted some stares, we weren’t raised to see others–or think of ourselves–as any different. “That’s a good drive,” I sympathized.

“It’s about an hour and a half to the peninsula, here.” She carefully placed a thistle on the pile of weeds she had collected in the middle of the row, and stepped down the route to the next patch. “Worth the work,” she remarked. She was steady, whether she was weeding or walking or talking. She never rushed; she never stopped.

I was fresh out of high school that summer, and I hadn’t yet developed a filter. That little voice that tells you to think before you open your mouth? I didn’t have one.

“Were you in a residential school?” I shouted out, like a kindergartener asking a grownup’s age.

“Yes, I was,” she responded without any expression or hesitation.

I had shared with other workers that week about how my family moved from Australia, to Vancouver Island, when I was five. Just as matter-of-factly, she told me she was taken from hers, at age four.

“What did you do?” I couldn’t imagine a four-year-old being anything but four.

“I kept trying to run away. I was just trying to see my mum. I missed my home,” she continued, defensively.

“Of course you wanted to see your family,” I encouraged. “Did you ever make it to them?” I asked, with a tightening brow.

“We saw them sometimes. They would come to the fence and talk to us, bring us things. I stopped trying to run away, though, when they poured boiling water on my friend. They caught her outside the fence.”

A year and a half later I knocked on a cold door in Brandon, Manitoba. I was wearing a suit and a tie, and a badge that said, “Elder Orrego–The Church of Jesus Christ of Latter-Day Saints”.

“You here to rape me, like the priests and nuns?” a man answered, in a gruff, impatient voice.

“We can come back,” I said, smelling the alcohol on his breath. Although alcohol was not a thing in my own family or friend circles growing up, I saw it a lot on my mission, and knew this wouldn’t be the most effective time to have a conversation.

“No, come in,” he said. My companion and I stepped forward.

“Come back another time,” said a woman, from the living room.

“No, we’re going to talk about Jesus,” the man argued.

“Not here,” she and her friend said, together.

There was another man behind him, grinning in amusement.

The man who answered the door led us upstairs into his room and shut the door. We sat on the bed. He squeezed my hand as he spoke in anger about the abuse he suffered as a boy, at the hands of religious people.

He wasn’t the first, and he certainly wasn’t the last, First Nations person who told us missionaries about the schools—the atrocious things that had been done to children, in the name of Jesus.

“They whipped us for speaking our own language,” some would say.

“They tried to beat the Indian out of us,” others recalled.

He squeezed my hand. We prayed together.

I often would think back to that day on the farm, with that woman. I thought of the steadiness in her hands, and in her voice, as she told me her story.

“I went back to the school last year,” she explained. “I took the ferry over. It’s torn down, now, that school. The fence is down. A pile of rubble.”

Years after my mission, I worked with another Native woman, in a group home. We talked of injustice and government failure that lives on, for her people, and how they continue to suffer.

“How many indigenous women go missing each year?” She shot out, “and the RCMP and media just dismiss it as ‘just another Native woman’? The highway of tears…”

I remembered a mother in tears. My missionary companion and I sat across from her in her living room, in Regina.

“The police are giving up. I won’t give up. I can’t give up,” she would say. I would look into the eyes of the picture on the fridge in the kitchen, behind her. A beautiful woman in her early twenties. Full of life and hope. Lost.

“People are telling me I need to move on. I can’t move on. I want answers.”

“I was never in residential school, myself,” my Native co-worker continued, “but I was a guinea pig for the government.” She told me how the hospital staff poked her with needles, and shoved a tube down her throat, unnecessarily. “My parents didn’t know,” she bemoaned. “They were never asked.” She explained how grown Native men would be starved in the hospital for days, and then fed a couple of cubes of potato. “Great medical discoveries were made, regarding diabetes and insulin, in that Port Alberni hospital of central Vancouver Island,” she explained, “and the test subjects weren’t volunteers. They were Native.”

“I’ve never heard of this. That is awful,” I reflected.

“It’s been thirty-four years, and I haven’t been able to get a court date,” she let out. “It was illegal to give me one, for a while.”

“If anyone hurt my daughter, I could see a judge, Ex Parte,” I exclaimed. “This is Canada,” I thought. “Canada has laws. It protects children.” O, Canada. “Thirty-four years?” I gasped.

“Their stories are starting to be told,” she went on. “There are line-ups in Ottawa.” She spoke of great courage and large settlements.

I had heard of settlements. “My mother bought a new truck,” a young man in a temp agency told me one time. It wasn’t from a scratch-and-win. “So I got her old one.”

“I am in court,” a Saskatchewan Native man told us missionaries, as we sat in his kitchen, “to talk about my experience in residential schools.”

He was tall and tattooed. A living ex-Hell’s Angels. Ex, because he wanted out, and living because they were scared of him. He was also a contracted sniper for US Black Ops, so no one messed with him. But he was only a little boy. Forced to relive it all, in a drawn-out case. He broke down in court, but he won.

“There’s a man who walks,” my co-worker continued. “He walks from Langford to the soup kitchen in Esquimalt. It takes him all morning. He eats lunch there, and then he walks back. You can see him, walking. He doesn’t smile—he doesn’t say much. He just walks.”

“Uh-huh,” I said, nodding. I had seen people like him many times. One collects cigarette butts.

There’s one I saw pushing a cart full of empty bottles and belongings through the street, without looking. One, I speak to sometimes at the bus stop, who sips from a can in a brown paper bag. As an adult, I’ve discovered addiction myself, and the struggle and peace of ‘one day at a time.’ They’re my brothers.

I closed my eyes, remembering the stress of fresh fatherhood, and my own struggle upstairs, to be well.

“His son is nineteen now. He was at the soup kitchen last week, and I was there helping out. After the meal he spoke at the front. He introduced himself and thanked everyone who had helped out. Then he said, ‘and I love my father. He’s here,’ and he pointed. His father nodded. They didn’t speak. His father is not in his life. They don’t have a relationship. He can’t.”

“Oh, wow,” I sighed and shook my head in sad confusion.

The elderly woman I met on the farm was at peace. I have thought of her often, over the years.

“I stood there by that pile of rubble,” she told me. “All those memories. I walked over and picked up a big rock,” she motioned with her hands, “a piece of that school that gave me so much trouble. I picked it up, and I threw it in the ocean.”

Skyler said…
This is beautifully composed. Really great work. Thanks for sharing!
December 17, 2021 at 2:11 PM

ckk said…
Multiple stories within this one piece. Would like to read more from this author and also know more about all of the people in this story.
June 10, 2022 at 4:48 PM