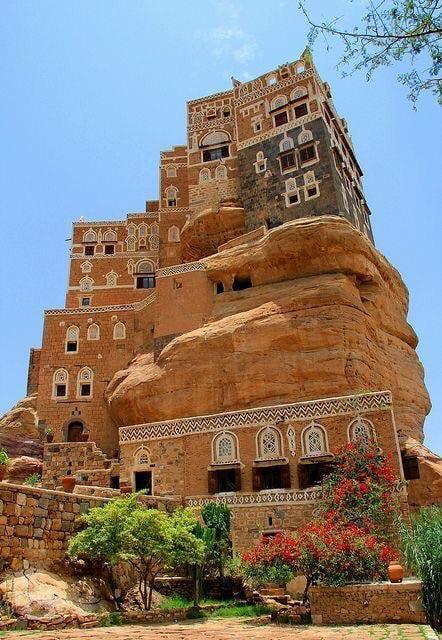 I couldn’t tear my eyes away from her face. I stared, surely longer than was polite, as I considered what her story might be. Was there a boy somewhere who had told her he loved her? That they would be together and that he would care for her? Or was she senselessly raped and then imprisoned because she conceived? Whatever the case, hers wasn’t a happy story. None of the women in this room were there by choice, each of them undoubtedly with a story that would break your heart. My glimpse into their lives was just that - a glimpse. I don’t know their stories, but in those few moments they became part of my story.

I graduated from Brigham Young University with a degree in Middle East Studies/Arabic in April 2005, one year after I married my first husband. We had met in the BYU program and finished our last year together. The year after graduation, my husband took advantage of two prestigious opportunities; the first an Arabic language program called CASA (Center for Arabic Studies Abroad) that granted us seven months in Cairo, Egypt, and then a Fulbright Scholarship in Sana’a, Yemen conducting research on the effect of mobile phones on a traditional society. Yemen was indeed a traditional society, one of my professors liked to say that it was “rushing headlong into the 13th century.” But it was magical as well. The gingerbread-house architecture and the rugged mountainous terrain made it unlike anywhere I’d ever been. Throughout the Yemeni countryside, houses and sometimes entire cities were built on mountain tops, with their borders defined solely by the sheer mountain cliffs against which they sat.  In other regions, green terraces cascaded down the mountainside as far as the eye could see. It is a breathtaking place.

There were three other American Fulbright students with us in Yemen at that time, one of whom was a strong, charismatic woman named Keisha. Her research focused on education, and she invited us to join her for a research trip to a city called Ibb, where she would consult with a nonprofit that focused on education for the underprivileged in that city. We spent a few days there, focusing our time and attention on a settlement for immigrant families, most of whom had come from just across the strait in Djibouti, Eritrea, or Somalia. They lived in cement rooms with minimal comforts and shared facilities, but thanks to the nonprofit, they had the luxury of a small school. Having no formal training in education, nor other substantial skill to offer, I brought my grade-school experience to the floor and taught the enthusiastic littles “Head, Shoulders, Knees and Toes,” which, I’m proud to say, they nailed.

I don’t remember how or why the prison visit came about, but one of the days found us sitting in a prison warden’s office, with a glass bottle of room temperature Fanta, being briefed on what to expect in the women’s quarters. My husband wasn’t allowed to accompany us, and we wouldn’t be allowed to see the men’s quarters with him. Not in a conservative country like Yemen where gender segregation in public spaces is the norm, even in places like KFC and Pizza Hut. Soon after, Keisha and I found ourselves in a facility that consisted of a central court around which were situated the different rooms: bunk rooms, a washroom, a craft room, a dining room. As neither of us spoke very good Yemeni Arabic, we mostly smiled and waved as we approached the women engaged in various activities, and for the most part they smiled and waved back. We didn’t ask about their crimes, and I don’t remember any such information being offered up, except in one room.

Along the back wall of the courtyard was the mothers’ room. It looked much like the others, but here all the women, maybe 8-12 in total, were either pregnant or had small babies. We were told these women were here because they were pregnant and that these babies had been born here. I assumed these women had committed crimes worthy of imprisonment, and because they happened to be pregnant, had been placed together in this room. But I was distracted from further analysis by the only response I knew at that time relating to babies and pregnant moms; I cooed and smiled and complimented. Most of the women responded with smiles and nods, but I was quickly jerked into reality when I saw one woman sitting at the head of a twin bed at the end of the room. She looked 18 or 19, possibly younger, and I was informed that she had given birth just that morning. The tiny baby boy lay by himself on the other end of the bed from where she sat, and I watched her glance coldly at him with no trace of joy or affection in her face. Her eyes were dull and lifeless, her mouth set in a straight line that never even hinted at a smile.

Suddenly the explanation I had received clicked into place: this was a cell for women whose great crime was, in fact, their pregnancy. None of them were married, you see. And unlike the men on the other side of those babies, they had no way of hiding their sin. It was her face that so captivated me. As I stared I considered the possibilities that would have landed her in this place, and what she must be feeling. Where was the man who impregnated her today, the day his baby was born? I would be extremely surprised if there was an equivalent room on the men’s side of the prison.

The Arab world is still regarded as widely backward in regard to its treatment of women. As a lover of this beautiful and complex region, I spend most of my conversations about it defending common misconceptions, sharing my Muslim friends’ own words about their love of God, their commitment to modesty for His sake, their joy in their religious experiences. And I believe them! I have witnessed their devout faith first-hand and been a recipient of their graciousness and joy. But the fact remains that, despite much progress in terms of human rights, there remains a troubling double standard in matters of morality. After I had studied about and spent time in this region for several years, it wasn’t difficult to believe that an unwed pregnancy would be punished criminally, especially in a place as strict as Yemen, but it was jarring to see its effects.

As I stared at this girl, I considered her experience against my own. I was childless at the time, but I had beautiful images in my mind surrounding the future birth of my firstborn. Surely her youthful dreams had been like mine, not like this. Nothing like this. I ached for her, and I ached for that baby boy. I want to believe that they have experienced joy in the intervening years, that she found a deep love in her heart for her son, that they have laughed and walked hand-in-hand, sung songs and enjoyed favorite meals together.

But I doubt it. I am sickened at the injustices imposed on women and children like those I met that day; angry that the men who were equally responsible most likely escaped any consequence. Such impossible unfairness would be enough to destroy the idea of a world where happiness is our goal and justice its qualifier. But we know there is nothing simple about happiness, nor its composition within each of us. A wise man of God once said, “The cavity which suffering carves into our souls will one day also be the receptacle of joy” (Neal A. Maxwell). None of us asks for suffering, though of course it is an inevitable part of life. Whether by way of our own actions or the actions of another, it will come, to us and everyone around us. Just like I wished I had more to offer the poverty-stricken school children than a silly song, I wished I could have in some way relieved this mother’s pain. I could not. I believe in the value of service and its ability to lift hearts, yet I’m also fully aware of the restrictions of my reach. Knowing this, could there be anything more comforting than belief in a God who knows us intimately and loves us perfectly? I firmly believe that the uninvited hardships we face can, and one day will, be wiped away in an instant by His almighty love. The great promise of the eternities is that all that was empty and desolate inside of us will be filled with understanding, peace and joy. And when that day comes, whatever we may have endured, we will realize that the price of this divine gift of healing was worth every moment of suffering.

In the meantime, I’m grateful for a moment wherein I was permitted to become more aware of experiences that have been so unlike my own. My heart is a little more tender, my children a little more precious, my joys a little more profound. She’ll never know, but she touched my life for good. 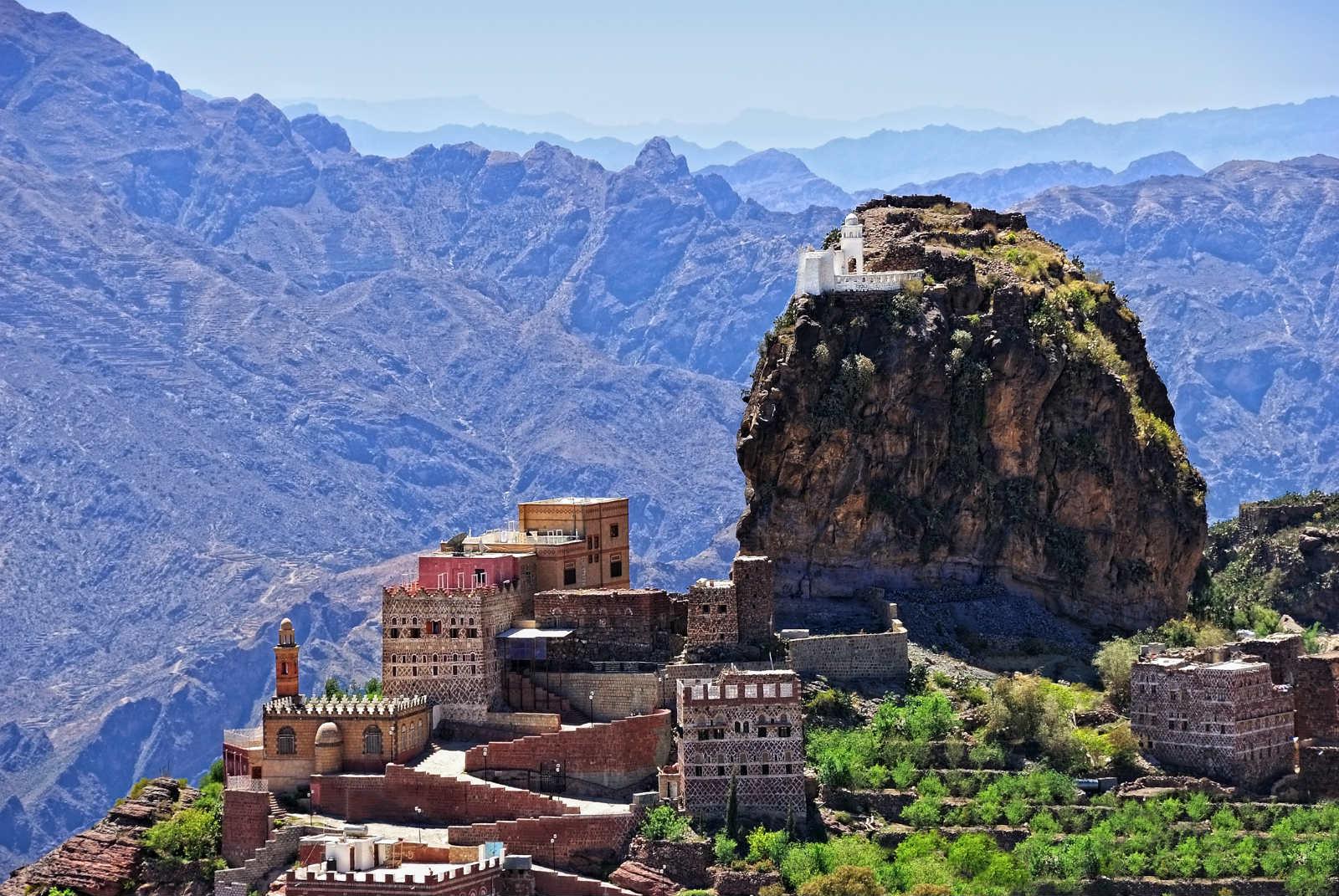 ckk said…
Enjoyed the details of the setting, the description of the people and the author's inner thoughts.
June 2, 2022 at 10:06 PM